I loooove challenges--they help me focus when I'm trying to create a card--and the "gamer chick" in me loves the teeny bit of competition involved....even if the competition is myself against the clock. *cough*
So...I've known all week about Moxie Fab World's Tuesday Trigger Challenge ...and even had the idea for my card ALL WEEK...but when did I make the card? Tonight...mere hours ahead of the deadline. At least I still have hours. Whatever, I digress...on with the card! Here was our inspiration: 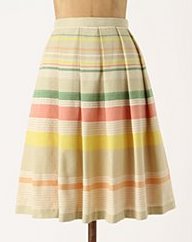 I used "ancient" fabric gauze roll...the kind nurses from the "dark ages" (HA! probably the early 80's...when I was a tweener!) used to dress wounds (I found some in the school clinic I took over last year (I'm pretty sure the prior nurse didn't actually USE it... I hope!) and thought "I could get crafty with this!" and promptly stowed it in my studio!) with the Big Shot Fun Flowers Die.  I took the gauze flowers and spritzed them with glimmer mists--Stampin' Up's Gold Glow, one I made with Stampin' Up's Wild Wasabi and Shimmer Paint (white) with water in a spray bottle (the awesome Mel McCarthy outlines on her blog HERE), Tattered Angels' mists in Key Lime Pie and Tiger Lily (the coral color you see), then layered with Wild Wasabi, So Saffron and Very Vanilla cardstock before placing on the card.  My original plan was do ALL gauze flowers, but the gauze was so transparent, the colors began to wash out a bit.  I can begin to overthink a card too much, too, so I decided to just GO with it and used the very vanilla brads to keep the layers in place. 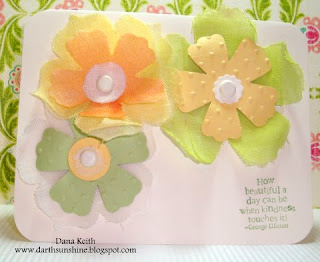 Happy Mother's Day! and the winner....

First of all....congrats to Babe O'Mara for winning my blog candy in my previous post!
Random.org generated the number 35....and she was the lucky winner! She'll be receiving an email from me shortly!

Hope all of you who have loved a creature had a wonderful day today.  My girls made me breakfast in bed (which included BACON! nom nom nom!), created a foot bath of sea salts and green tea, and made me a HUGE card that included this awesome phrase "You are our wise Yoda, awesome Wonder Woman and will Live Long and Prosper"...now have I raised my (geeky) children right or WHAT?!? SO CUTE!
We then saw Thor at IMAX in 3D! 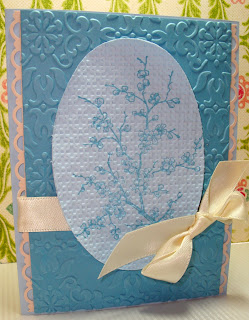 All cardstock was run through my Big Shot with embossing folders.  That stamp is from Stampin' Up! Easter Blossoms. :)

Have a fabulous week! Hubby and I are celebrating our wedding anniversary later this week (the 13th...best number EVAH!) and I've got to make some Star Wars cards!

The card that went around the world....BLOG HOP!!

I know you're confused....So, my blog is just one stop among many on our BLOG HOP for our Sweet Sue....and it all begins with Lydia who will explain it all on her blog which is also Stop Number ONE....so if you started on my blog, back up one to Lydia and see how this began....then come back here and see how our Progressive Card for our wonderful friend Sue made its way across the globe...errrr....Northern Hemisphere.

Here was my contribution to our Progressive Card...I added the dictionary page that included "Ireland"...since Sue is Irish....and was actually celebrating her mother's life in Ireland while we were making this card for her. 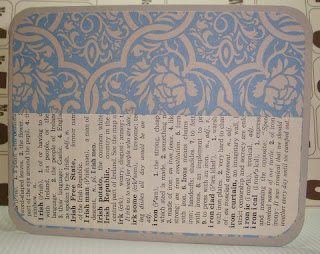 In celebration of Sue FINALLY opening her mail (LOVE YOU SUE!!!) I'm giving away BLOG CANDY!!! SQUEEEE!!! This is major for me...first time for a giveaway! So here's a little picture of just SOME of the goodies I'm giving away....stamp sets, Sizzix dies, ribbon, a carryall...and I'll throwing in some ink and paper and BLING (which isn't pictured)!! SQUEEE!!! 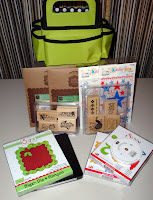 How to win? Leave some comment love here before Sunday, May 8th at 9 pm CST and I'll randomly draw a winner! SQUEEE!!!
Here are the rest of my friends (the majority of I know through Twitter) I who participated in this awesome idea of our Progressive Card for Sue:
1.  Lydia (understandblue, my BFF (Bwahahaha-Friend-Forever!) she has the backstory...be sure to start at her blog first), Texas
2.  Dana (darthsunshine)...YOU'RE HERE :D, Texas
3.  Mary Dawn (mypinkmexico), Kentucky
4.  Leslie (crookedstamper), Maryland
5.  Lisa A. (papergrace), California
6.  Michelle (hanwayink), Nova Scotia, Canada
7.  Dreena (prairiepaperie), Alberta, Canada
9. Tara L. , British Columbia, Canada

Now THIS is the way I like to use cleaning products....bleach specifically.

I SQUEEEE'd quite a bit when I finished this card. Love love love LOVE it!!!

I specifically LOVE this stamp set--Fabulous Florets-- and it's from Stampin' Up's new Summer Mini Catalog!! SQUEEEE!!! Click on the link in my side bar -->> to see the full catalog if you haven't received one in the mail from me.  (or email /contact me ASAP to get your own copy of this into your hands!)

After I stamped my flowers, I painted with bleach (undiluted, I figured out the hard way HAHAHA) and allowed to dry (or you can use a heat tool/gun to expedite that process if you're impatient like me!)
I colored with pencils, and softened the color with Stampin' Up! Blender Pen 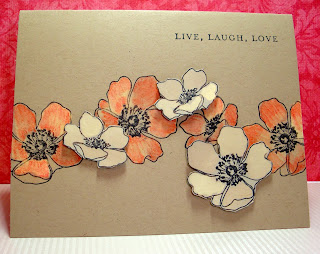 Stamps: Stampin' Up! Fabulous Florets
Paper: Stampin' Up! Crumb Cake
all products can be purchased through my website www.darthsunshine.stampinup.net

I'm attending a class taught by Fred Mullet tonight at Stamp Antonio Arts and I am SERIOUSLY excited!
Hope you had a wonderful weekend! Lemme know what you think...I don't hate comments you know!
hehe
XOXO

Contributors to this blog